Hello Everyone! I apologise for posting a day late – I got home quite late last night. Actually that’s a lie, I got home at a decent hour but because I was super full from the Korean BBQ Buffet Dinner that I had with two of my colleagues, I just wanted to take a shower and then go to sleep. Even though we work together and basically see each other 6 days a week for 8 hours, we don’t really get to just chill and catch up with each other, be it talking about our personal life or just random office gossip. All in all a great night with great company over great food.

In other news, I hope everyone had a great weekend, celebrating with their Mom’s on Mother’s Day. Ours didn’t quite go as planned, or well it did but we all ended up disappointment so to say. We, or my Mom actually, wanted to try out a restaurant that she had been eyeing for a while now for their breakfast buffet. We got there all excited and everything only to be disappointed with the buffet itself – or should I even call it a buffet really? To me, there wasn’t a substantial amount of food to call it a buffet, and hello?! What breakfast buffet doesn’t have an egg station?! I was immensely frustrated that I could not have sunny side up eggs, or scrambled eggs to go with my… Soggy hash browns and non-existent beef rashers, but instead had to suffice to cold pancakes and waffles. Outrageous. They had fried noodles though, which at first I thought was probably the only thing that could save me from further dissatisfaction – but I most definitely regretted taking a plate full of it. The noodles were subpar but paired with the most bitter vegetables ever which was enough for me to just push the plate away. A waste I know, but I couldn’t risk an upset tummy at that point. So what did I actually eat? Their assortment of breads and under-seasoned prawn noodle soup – a lot of it just to get my money’s worth. My Brunei friends/followers, if you’re wondering what restaurant I’m talking about, it’s Anjung Saujana at the International Airport. Their al a cart menu looked comparatively better, but meh, still not enticing enough for me to ever step foot in there again to be brutally honest. Sorry!

That aside, I was able to save Mother’s Day by putting together a lovely Blueberry Bread Pudding, filling it up with basically anything and everything I had left lying around from the previous blueberry recipes I have whipped up for Amcarmen’s Kitchen. I had some leftover white chocolate chips from my Blueberry Lemon & White Chocolate Scones, leftover ricotta cheese from last week’s recipe of Blueberry & Ricotta French Toast Roll Ups, and the most important leftover ever – the bread crusts from last week’s recipe as well (remember I said not to discard the bread crusts in that post? This is why).

So back when I was still living in Sydney, I think at that time I was just starting my final year of university, I hosted a little flowery tea party for 4 lovely friends of mine one fine weekend afternoon. One of the eats on the menu was finger sandwiches, and to be completely honest, I forgot what we actually put in them. I have a feeling it was tuna or egg sandwiches, but I really cannot remember. Anyway, that’s not the point, the point is that finger sandwiches usually have the crusts cut off and I distinctly remember that time saying that I was going to keep the crusts and make something out of them. If I remember correctly, I did make an all-crust bread pudding out of them, and this was the caption to the end result when I posted a photo of it on Instagram:

Any normal person would’ve either thrown them away or fed them to the pigeons – I am not a normal person. So instead of throwing leftover bread crusts from the tea party, I went on and made a bread pudding with almond flakes and dates out of it #freshfromtheoven #someonecomeoverandeatitwithme #foodporn #foodgasms — click here to see the full image of my Date & Almond Flakes Bread Pudding from way back in 2014. 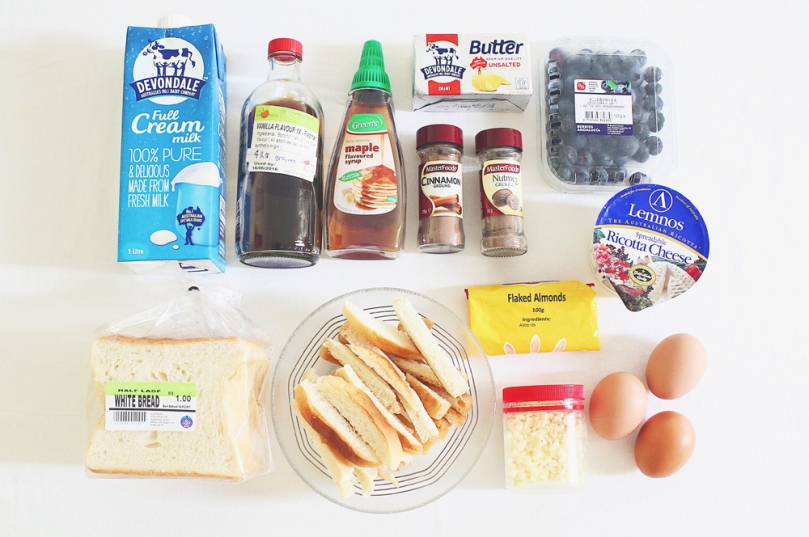 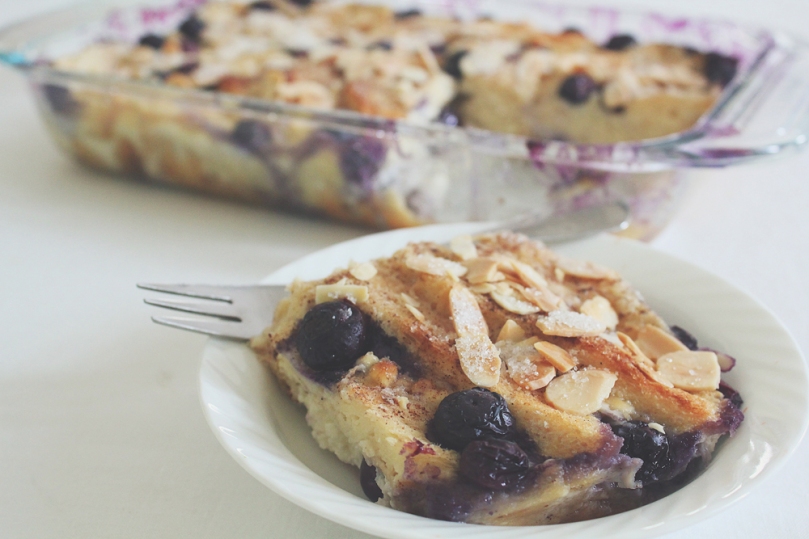 One thought on “Blueberry Bread Pudding”