Hello Everyone! I hope that this time around I say that I will keep a post short, that I will actually keep it short *fingers crossed (yet no promises will be made)*. Continuing on with the theme of hero-ing tilapia in all recipes for the month of June, tonight I will be sharing a recipe that I came across last year during a corporate dinner with Ambassadors from a few Southeast Asian countries as we celebrated the Ambassador of Cambodia’s farewell from Brunei. How did a score an invite to a dinner with high-ranking officials? Well, it’s not hard to when your Boss has the connections.

Tangent aside, it was during this dinner that I came across this particular dish that I will be sharing with you guys tonight. I honestly have no clue what the dish is called, as in if there is a special name for it so I do apologise for the blunt name – just calling it as I see it! Anyway, as I recall, the dish didn’t have slices of tilapia in it, I just added it on for extra flavour and protein to the overall dish. I know that the dish doesn’t sound like it packs a lot of flavour to it, well I think it isn’t supposed to anyway. From what I remember, the broth was subtle in taste, and what really shined through was the sweetness of the sponge gourd and a little pop of sour from the goji berries. Honestly, I’m not exactly sure what the egg white does to help the dish as I know it’s rather bland in flavour – maybe to give the broth some texture? 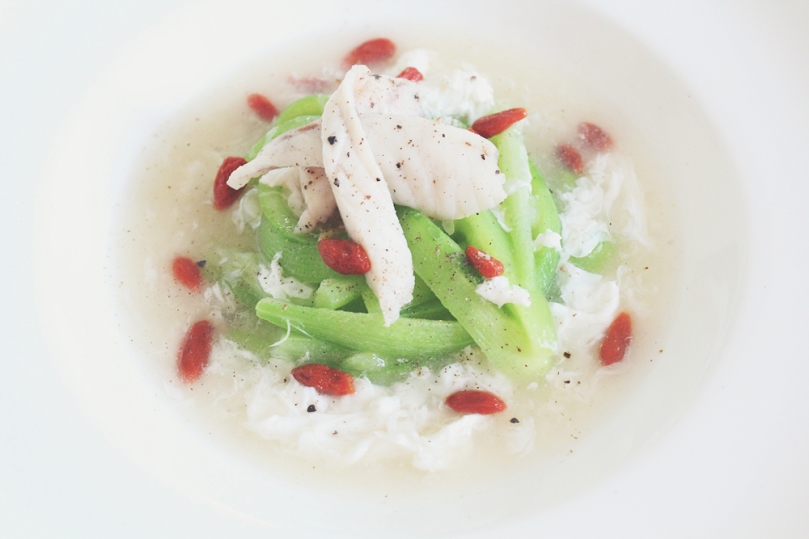 Anyway, I remember really enjoying the dish that night and last weekend I decided to give the dish a go based from the ingredients that I recognised, playing around with flavoring the broth, and of course incorporating tilapia into the overall dish. I’ll be honest and say that I was a bit nervous going blindly into this recipe with having only tried the dish once just shy of a year ago, but it turned out to be a delicious hit! 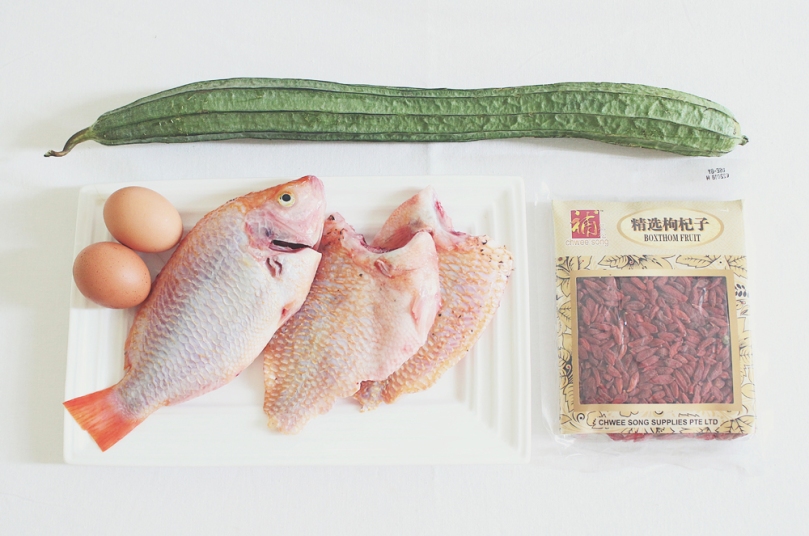 For the fish broth