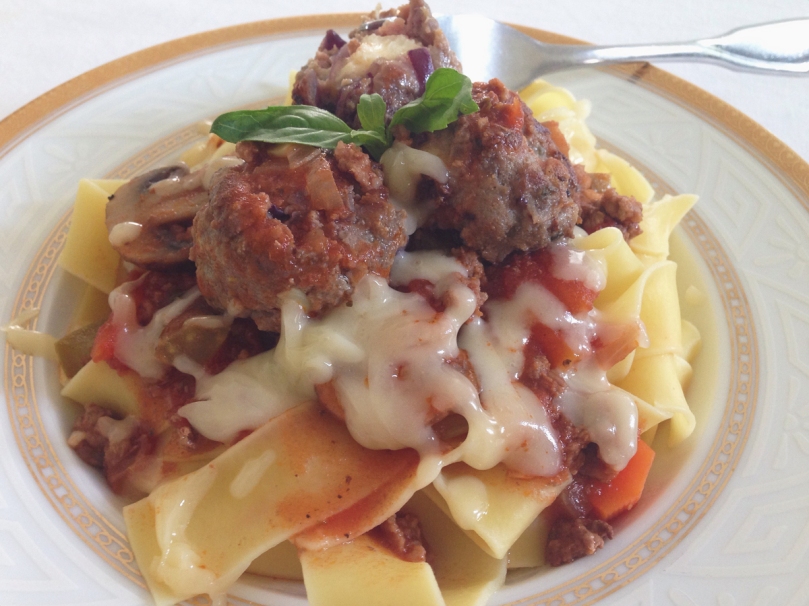 Hello Everyone! Oh wow – it has definitely been a while since I last updated my blog (well, I don’t think two weeks is “a while” but it definitely is for me)! I feel like I’ve lost touch on how to write since my last post, but I’m guessing that it is just the fatigue speaking here. In a nutshell, I’ve been super busy for the past two months, and it was really difficult for me to just sit down and write with a clear mind. I had been staying in the office until 9/9:30pm every night and have been working on Sunday’s as well since April. I know I shouldn’t be complaining because my other colleagues already do this on a daily basis and stay even later as well – it’s just that I am not used to this way of working.

Anyway! So what have I been up to? I don’t even remember if I have mentioned this in any of my previous blog posts – if I have, the annual Sukan Ria Antara Syarikat Inter-company Sports Fest 2016 finally closed two Sunday’s ago. You would think that that would be such a relief, but nooooooo! Just 3 days later, the opening of the 18th Consumer Fair snuck up on us, and that lasted up until Sunday. Though things have slowed down a bit, I still feel the stress from the past 2 months – and I believe it’s just because I haven’t had a proper rest yet. That’s right, right after the closing of the 18th Consumer Fair, we still had to report to work the next day at 8am *sigh*. Well, I’m just excited and really looking forward to the upcoming long weekend to just sit back, relax, and catch up on some cooking for my blog (doesn’t exactly scream relaxing, but cooking does made me happy). 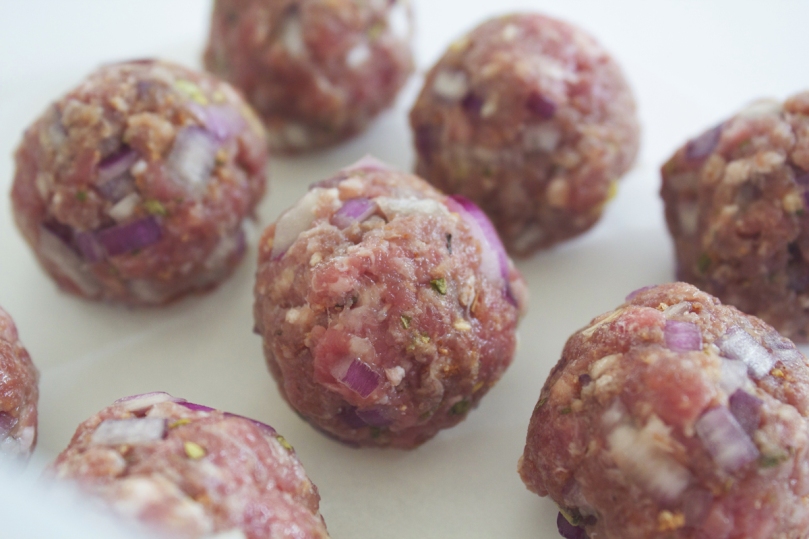 For the month of June, I will be sharing some delicious pasta recipes with you. I do believe that I mentioned about sharing some yummy mango recipes with you for this month – but I unfortunately did not have any time at all to make any dishes at all and mangoes are not in season anymore. So here’s a recipe for a classic bolognese sauce with pappardelle and homemade meatballs: 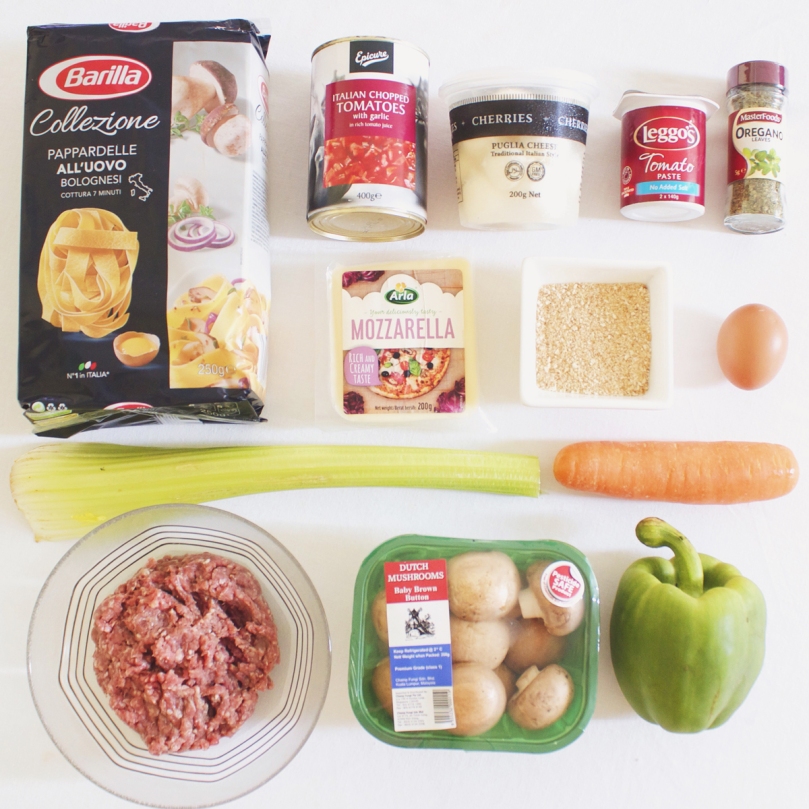 *You can buy readily made bread crumbs from the shelves or you can make your own by lightly toasting some stale bread (if you have some in handy) and then blitz it in the food processor. 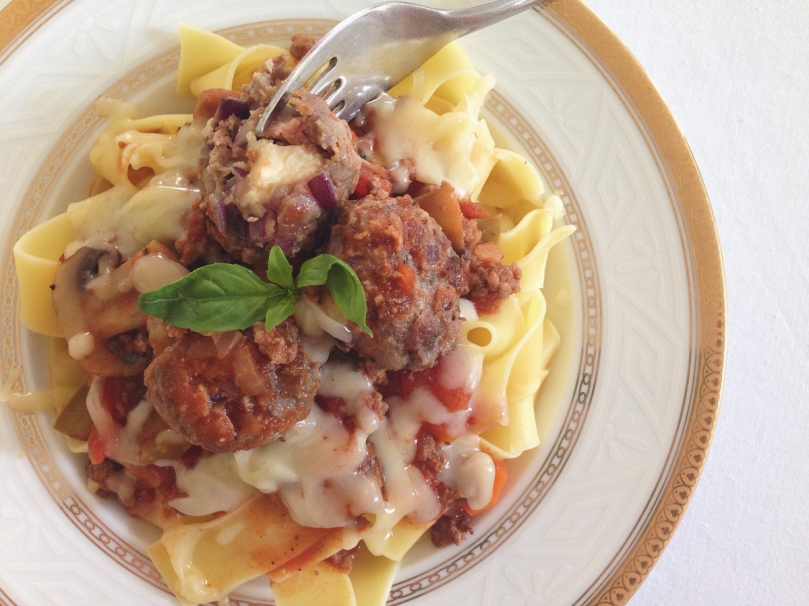 Hello Everyone! To kick off the week, we have something that might not fit people’s fancy. Yes, you read the title right, ANCHOVIES. I know a lot of people hate anchovies, in fact I heard from my manager while she was doing research for her client that there is even a ‘National Pizza with Everything (except Anchovies) Day’ which falls on the 12th of November. Both my manager and I found this ridiculous because we both love us some anchovies. If you too are part of the haters club, then just substitute the anchovies in this recipe for something else. 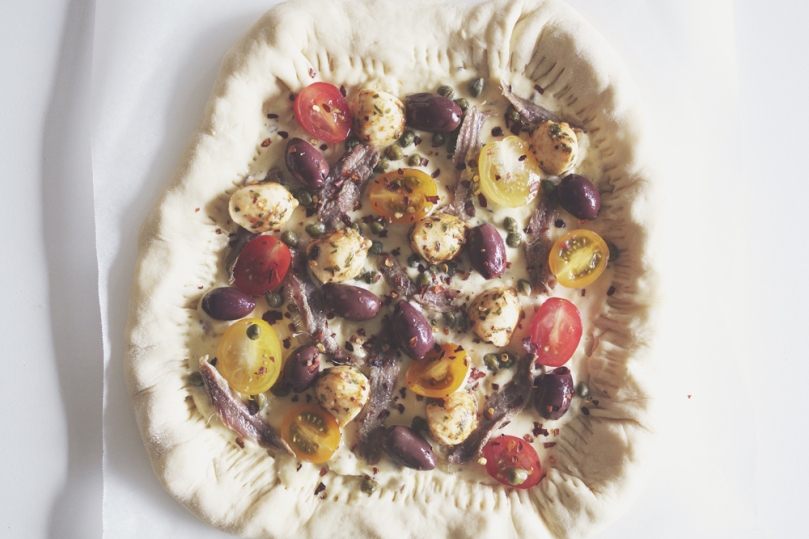 The links to the pizza dough and white-based pizza sauce is linked below in the ingredients list. Now, if you’re like me and don’t have a peel (a shovel-like tool used by bakers to slide loaves of bread, pizzas, and other baked goods into and out of an oven), then make sure that you roll out your pizza dough onto baking paper to ease in transferring the pizza onto the pizza stone. 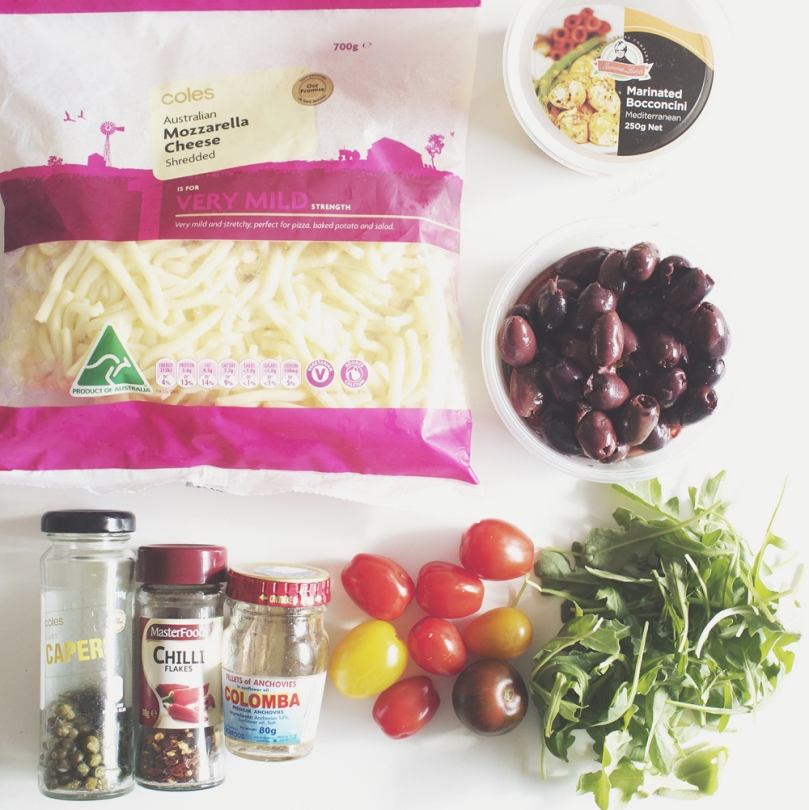 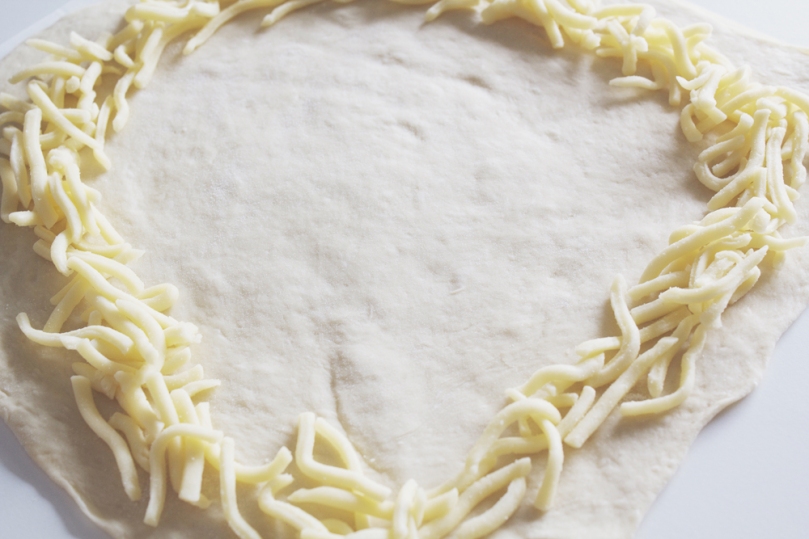 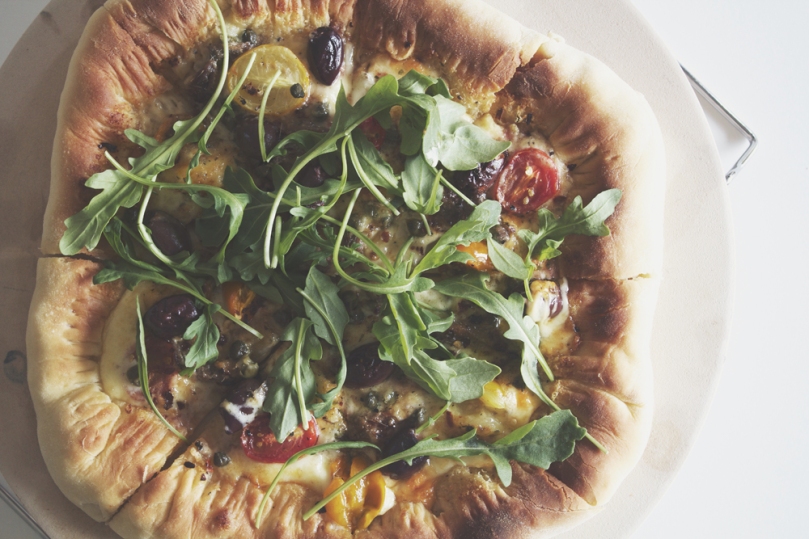 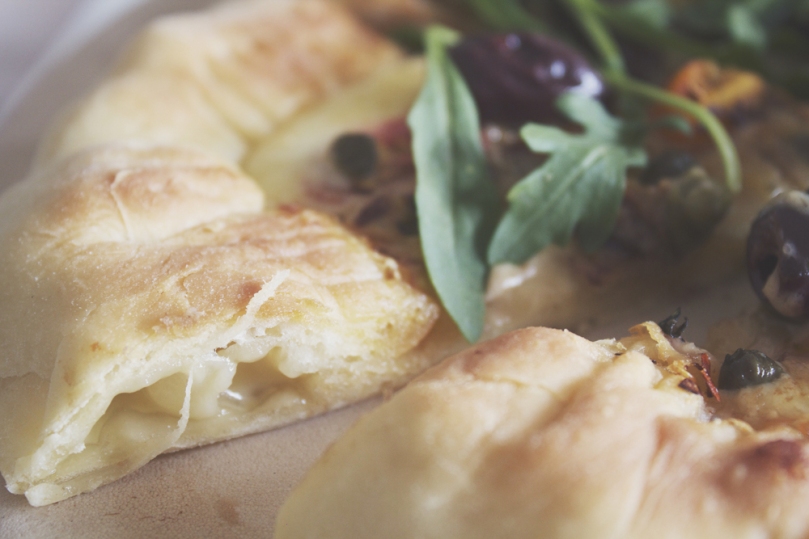 Hello Everyone! Knowing that Muffin Making Monday would fall on ‘Straya Day, I just knew I had to make these muffins. All I can say is that when I was out doing groceries over the weekend, I had so many doubts about this, and I could not even comprehend WHY I decided to do this. I even struggled to place the tiny jar of vegemite into my trolley of groceries. I just could not bring myself to, but in my head I kept saying, “just do it. Do it for ‘Straya Day” and I did (what am I doing to myself).

Besides lamb, vegemite is another ‘Australian thing’. Vegemite has appeared on my blog once before, but for those of you who don’t know, vegemite is like the Australian version of marmite, a popular spread for sandwiches, toast, crumpets, crackers, and as well as a filling for various pastries. It is salty, slightly bitter, and apparently is similar to beef bouillon. You’ll either love it or hate it, and I did mention before that I am on the hateful side. The smell for me is a bit off-putting, and I know Vidhya hates it too, so I kept shoving the jar of vegemite up her nose whenever I had the chance to *cheeky grin*. 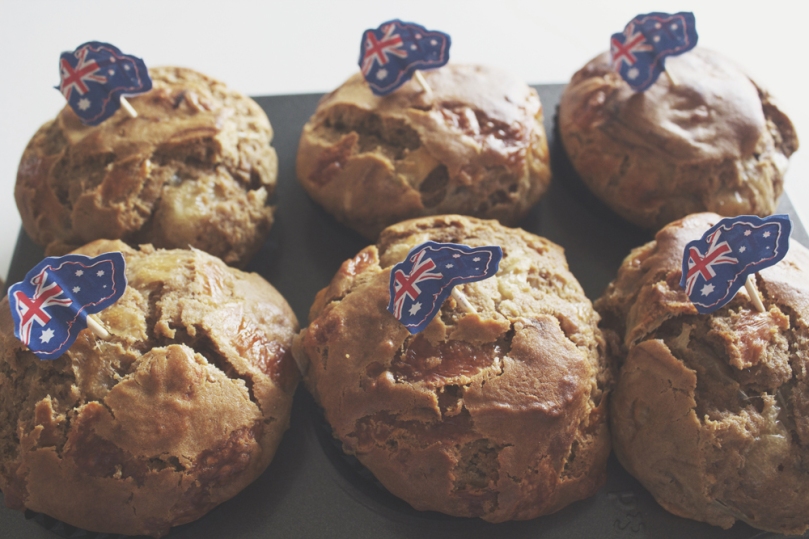 I was too scared to bake a whole dozen muffins because I wasn’t too sure on how the taste would go down with me, so I only baked half a dozen, however, please note that the recipe below is for a full dozen – if you’re like me and don’t want to end up having to throw away the whole batch after eating one, then just half the measurements from the recipe below! Also, a little side note, I followed Sally’s master muffin mix recipe for these, and then added the vegemite and cheese. I only added about a tablespoon of vegemite as I was again afraid that the saltiness of it would overpower the taste of the muffin. But I can tell you that the batter smelled amazingly good!

But to be completely honest, these muffins did NOT taste as bad as I thought they would. It’s sort of like a taste that I cannot really describe. The only issue I had with them this morning was that because knowing that there was vegemite in them, I gagged a couple of times before even putting them in my mouth, so it kind of threw me off just a little bit. Nevertheless, the muffins were beautifully moist though, and I think that all the other ingredients mixed together with the vegemite sort of diluted its taste a bit. They weren’t at all overly salty like I thought they’d perhaps turn out to be. Having said that though, I would probably still never indulge in vegemite just as it is, like on toast or something as they have it here down under. 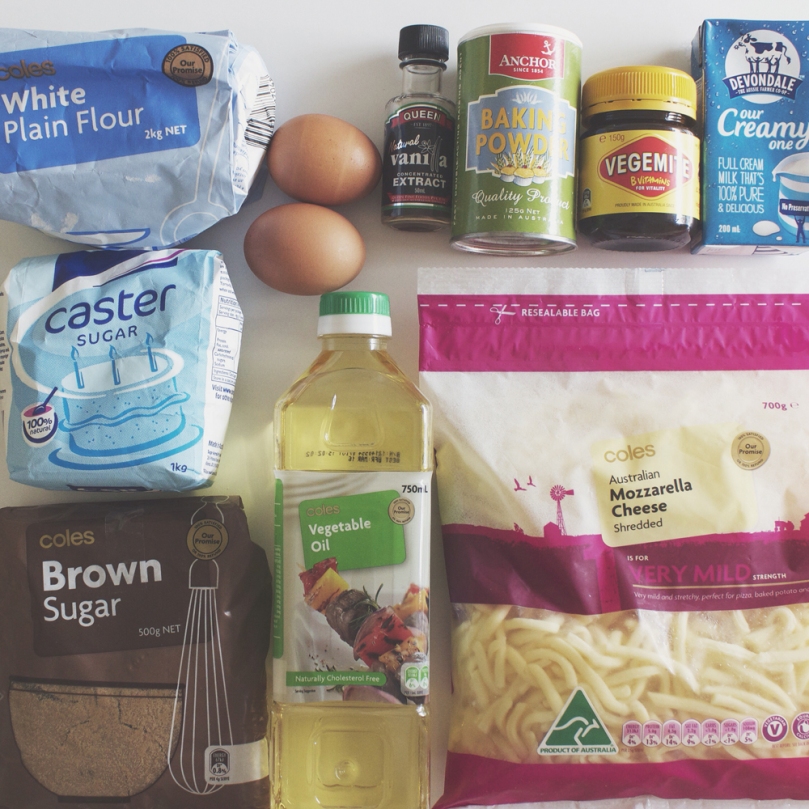 Muffins taste best fresh the same day. Store muffins at room temperature in an airtight container for up to 5 days. Muffins freeze well, up to 3 months. 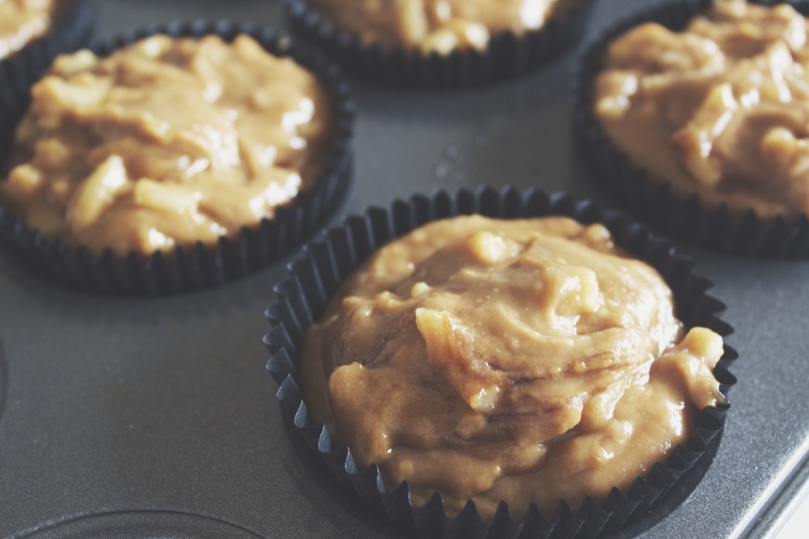 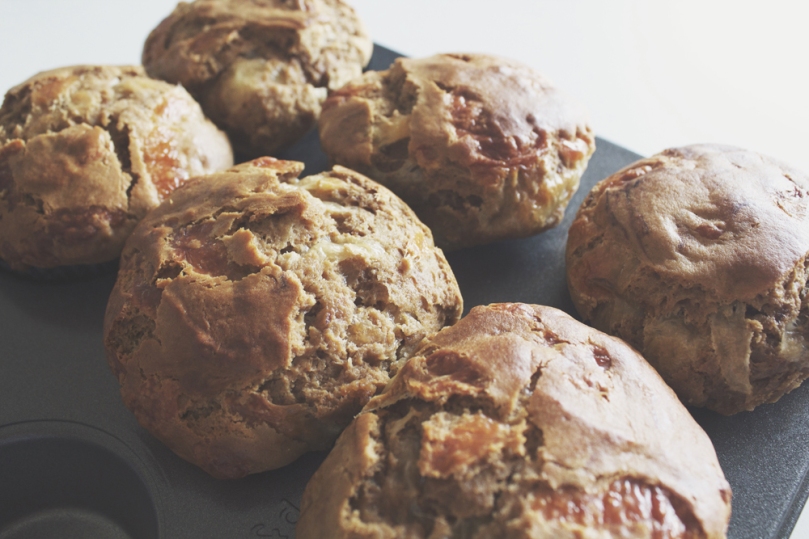