Hello Everyone! Potatoes and green beans are a classic combination; throw some asparagus and lettuce leaves or any other leafy greens into the mix and you’ve got yourself a great side dish that goes with almost anything. You can also bring it to a picnic, party, or barbecue. 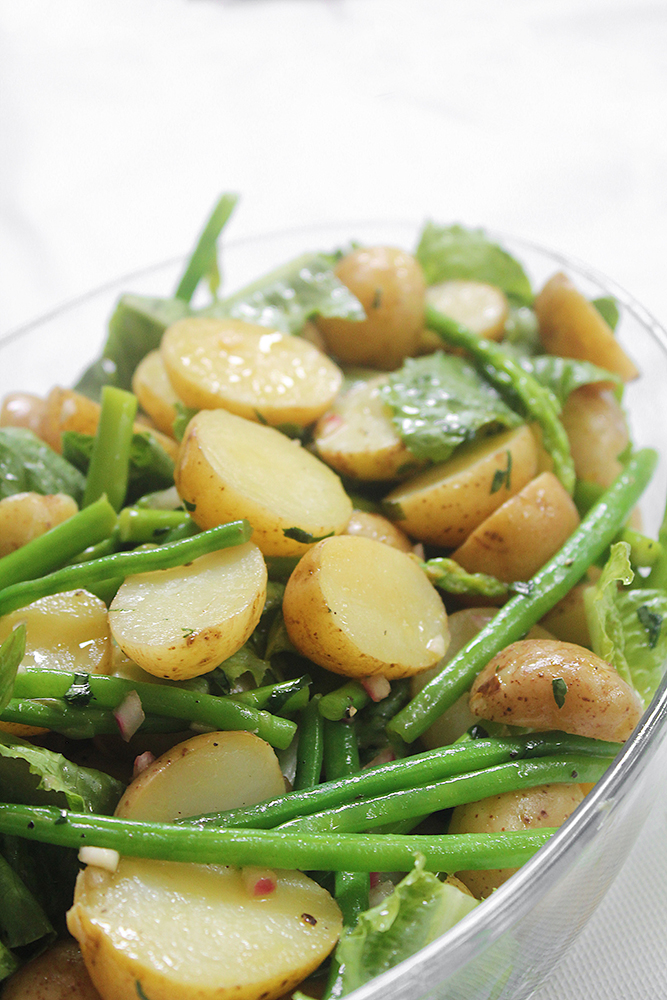 You’ll want to slice the baby potatoes (skin on) in half before cooking to help them cook faster. If you are using slightly bigger potatoes, you may want to quarter them. How long you cook them depends on their size, and you can check to see if they are tender by piercing a fork into the potatoes about 10 minutes into cooking. I prefer to steam my potatoes rather than boiling them because it takes a fraction of the time. Why? You’re only waiting for a small amount of water to boil, not a whole pot. In addition, unlike a big pot of boiling water, steam won’t dilute the flavour of the potatoes substantially.

This Potato Salad with Green Beans and Asparagus works really well at either room temperature or served cold. It has a bold, tangy taste thanks to the vinaigrette – a simple combination of red wine vinegar, olive oil, minced red onion and garlic, and seasoned with a touch of salt and freshly ground black pepper. You want to toss half the dressing over the warm potatoes to enhance their flavour. The remaining dressing is tossed over the whole salad at the end. 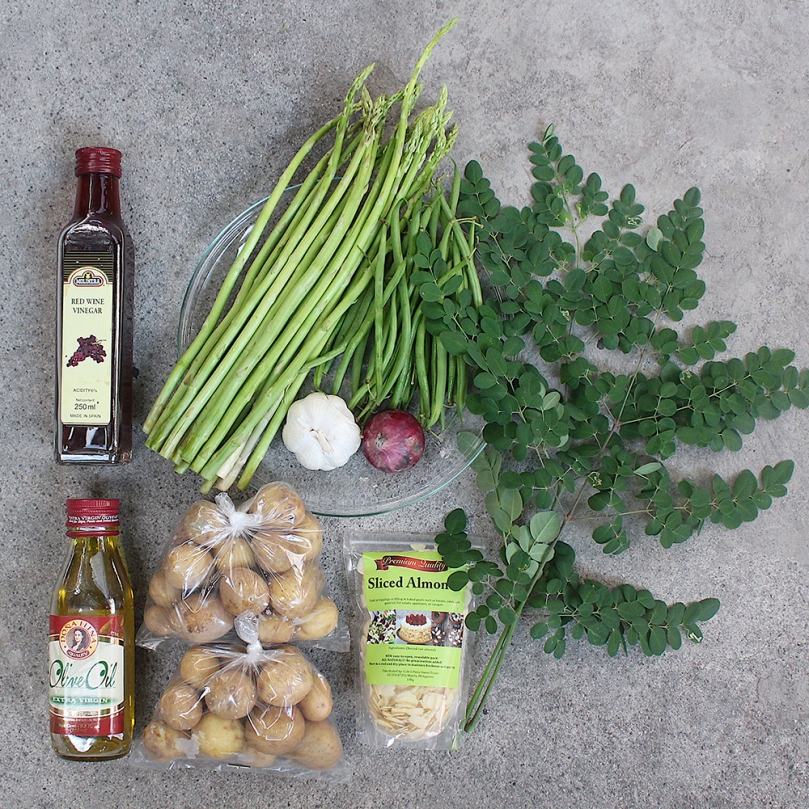 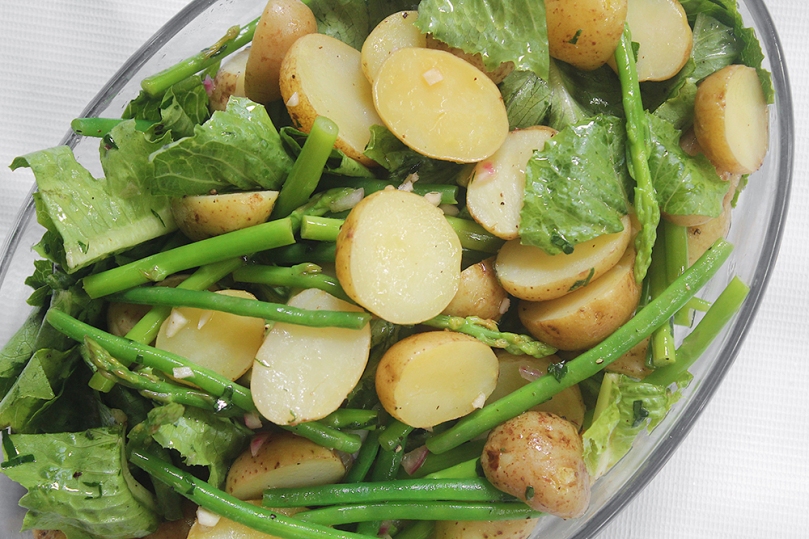