Hello Everyone! I am now in the Sunshine State of Queensland where I spent the weekend at a family friend’s farm in the countryside of Cedar Vale, near Jimboomba. They have a lovely country home with about 4 acres of land, and an alpaca(!), a donkey, three goats, and six chickens. Today, my family and I caught the bus to the city of Brisbane where we will be staying for 2 nights before heading back to the country and then to the Gold Coast for a day. Anyway, it’s actually already late here, I mean past 11pm isn’t late, but I need to go to bed and start early tomorrow as we are spending the day at Lone Pine Koala Sanctuary! Finally after 5 years in Australia, I get to cuddle a koala and feed kangaroos! So I’ll keep tonight’s post short so I can get as much z’s as I can.

Tonight’s recipe is a Filipino classic; a soup dish made of shredded boneless chicken, macaroni noodles, a bit of milk, and some vegetables to flavour the dish. This dish is actually common for breakfast or a snack time treat during cold and rainy seasons. The difference between a regular chicken soup and a chicken sopas is the use of milk, either fresh or evaporated for a richer flavour. Other meats besides chicken can be added to the dish, such as diced hotdogs or luncheon meat in some recipes, and also chicken liver. I think my Mom has made a sopas dish with chicken liver before; didn’t fancy it. Play with the ingredients if you wish – the pasta and vegetables may also vary so feel free to use the appropriate ingredients in which you desire!

Note: If anywhere you see ‘soaps’ instead of ‘sopas’, it’s not a typo, it’s autocorrect and I’m a bit tired to go through and change them if you see any beyond this point – it’s happened to the first two above and I managed to go back and change those; but otherwise Chicken Soaps sounds like an intriguing dish! Also, on the ingredients photograph, you will notice the chicken wings. We actually used chicken spare ribs in this recipe but my Mom was insistent on photographing the wings because it looked ‘prettier’ than the ribs. 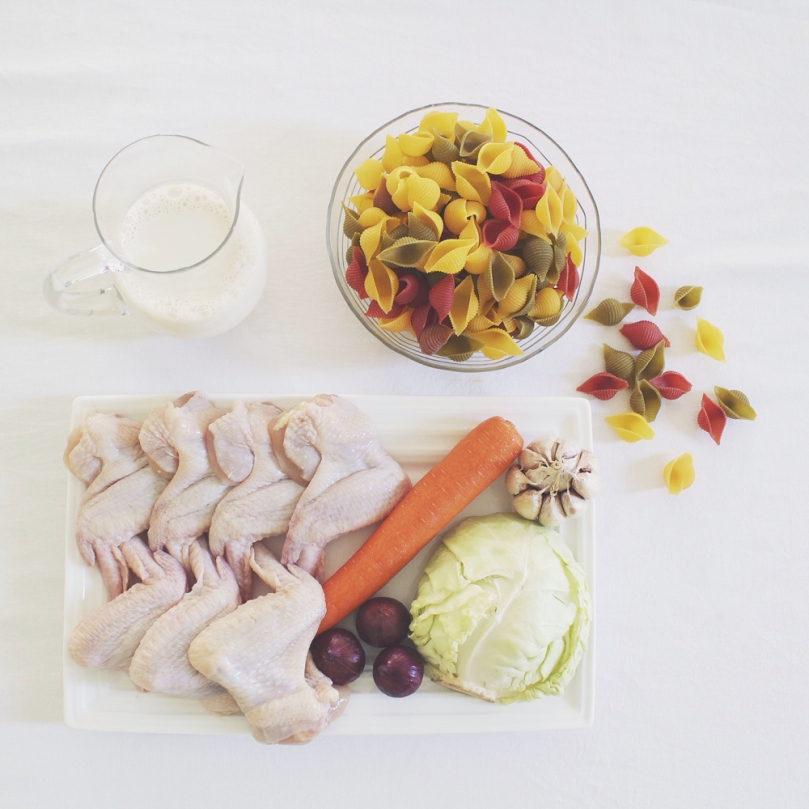 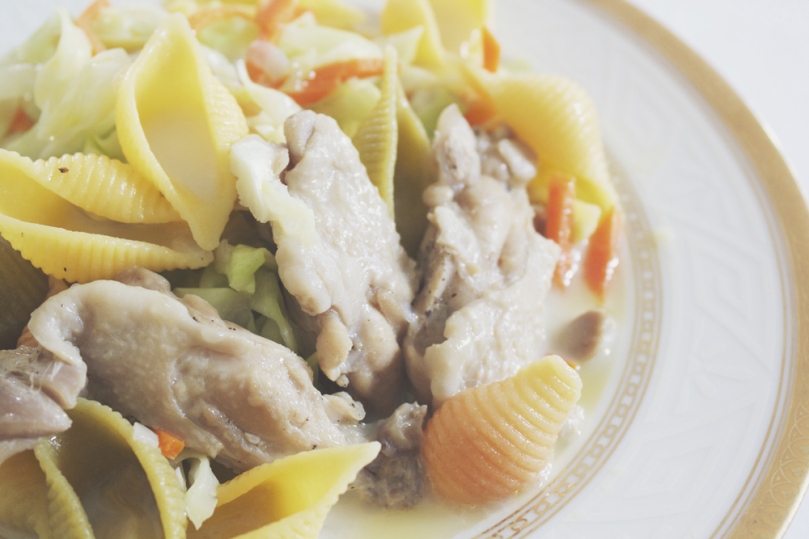