Hello Everyone! One more day until the end of April, which means that this will be my last recipe from the Philippines on our journey through the Flavours of Southeast Asia. I most definitely had fun tackling healthier alternatives of classic and much loved Pinoy dishes, as well as celebrating Amcarmen’s Kitchen turning seven years old!

Tonight, I’ll be sharing a recipe in response to a challenge that my friend brought up in our exclusive interview. It started off with her asking me if there are any ingredients that I would never cook with on my blog, to which I responded with: raisins, cucumber, and cilantro. She then hit me with a surprise challenge which is to make a dish with at least two of the three ingredients that I listed – something that I would have to like and eat!

And here’s my response; no twists or a fancy remake of this side dish, just straight up, humble atchara. Atchara (also spelled achara or atsara) is a pickle made typically out of grated unripe papaya. Other vegetables such as carrots, capsicum (bell pepper), onion, garlic, and ginger are also added to make up this pickle. Raisins may also be added, but are optional.

All of these are then mixed together in a solution of vinegar, sugar, and salt. The key is finding the right balance of sourness and sweetness in the pickling solution. It is then placed in airtight jars where it will keep without refrigeration, however once opened it is preferably kept chilled to maintain its flavour. Ideally, you’ll want the atchara to mature for about a week before consuming it, for it to fully develop its flavour. The longer you keep it, the better it tastes. Once opened, you can keep it in the fridge for up to two months.

Atchara is usually served with grilled or fried dishes; I like to have atchara as an accompaniment to fried fish to give it a little more life. Technically it goes well with any meal that is fatty and salty, as the sharpness of the atchara helps cut through that greasy aftertaste in your mouth.

Since the challenge is to make a dish that includes two of the three ingredients that I dislike the most, the atchara that I will be sharing with everyone tonight includes cucumbers and raisins. The Southeast Asian variations of atchara, or as they collectively call it in Indonesia, Malaysia, Singapore, and Brunei, acar, is mainly made of pickling cucumbers together with carrots and shallot, sometimes even daikon. I’ve had this version of acar when I was living in Brunei, and it was actually delicious as an accompaniment to various fried dishes!

*I had jars of varying sizes, but if I were to estimate, I think they’d fit into about 3 medium-sized jars.

For the pickling solution

The verdict? I definitely loved the pickled cucumbers, in fact I always scoop out for them for every serving. The raisins? I don’t know; there’s just something about them that I don’t like and I can’t explain it. I tried one and after that, I still picked them out.

Hello Everyone and sorry for a very late post tonight (or more like just past midnight by the time I am done with the post)! I spent the day bringing my family around to Bondi Beach and Maroubra Beach despite the gloomy weather. We managed to visit the beaches and take some photographs before it started to pour. After that, we chilled around at my friend’s place before finally heading off to the airport; I said my goodbyes to my Mom and my two younger sisters. Safe travels! They’ll be in Kuala Lumpur for about 7-hours, and then finally arriving in Brunei the next day in the afternoon. I just finished editing and uploading my graduation photos on Facebook, and now I am writing this post. I thought of just going to bed since I am quite tired, but I felt bad for not even attempting to write a post for tonight/today. Anyway, I’ll make it quick if I can; I’ll probably end up taking the long route and explaining some components of the dish that may be unfamiliar to some people.

Bangús (or Milkfish) is the national fish of the Philippines. They are notorious for being much bonier than other fish, which is why deboned milkfish, called “boneless bangús” in the Philippines, has become popular in stores and markets. There are many ways in which you can use this fish to create many loved home-cooked Filipino dishes, and I will show you two/three easy ways to prepare the milkfish for a tasteful lunch or dinner. Pritong Bangús (fried milkfish) is a simple dish that is packed with flavours. The milkfish alone has its deliciously rich taste, especially the belly, but the marinade enhances its flavour with a hint of sourness and spiciness. The bangús belly is my favourite part of the fish, especially when it is fried. I would always fight for the bigger piece of belly, or I would always make sure that I get the bigger share of the belly. In an ideal world, the belly would be ALL mine. 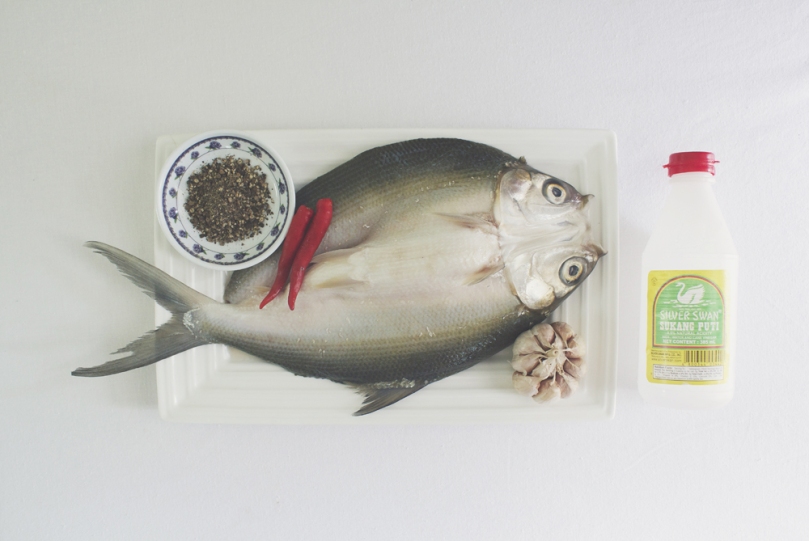 *Minimum. Up to 12 or even better, overnight in the fridge for marination time. 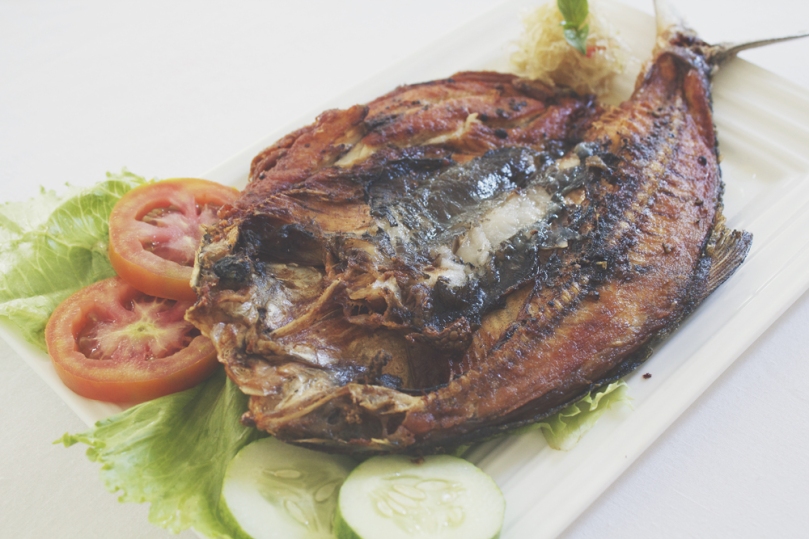 **Caution: take care when frying as the oil has a tendency to splatter because of the liquid from the marinade. Make sure to cover the frying pan while leaving open a small space for the steam to escape.

***Atchara or Atcharang Papaya is basically pickled julienned or grated green papaya and soaked for a week in cooked vinegar and sugar mixture with onions, garlic, ginger, pepper corn, and red bell pepper.