Hello Everyone and Happy Halloween! I have a simple Halloween dessert idea that will definitely compliment your halloween-themed party! It requires no cooking/skill, only a bit of patience and effort needed really. The only thing you might not have handy at the moment is a brain mould! I purchased this brain mould 2 years ago for a project that I did for an Objects class and it was basically sitting in a box called “Kitchen Stuff” since I started moving here and there. I decided to take it out today (or more like yesterday in preparation for today) to make a Jelly Brain dessert for Marissa’s Halloween Party, which by the time this will be uploaded just happened, or happened yesterday night. I’m really looking forward to this party as this will be the first time, since primary school maybe, that I’ll be dressing up AND going to a Halloween party. I even made my own zombie costume! 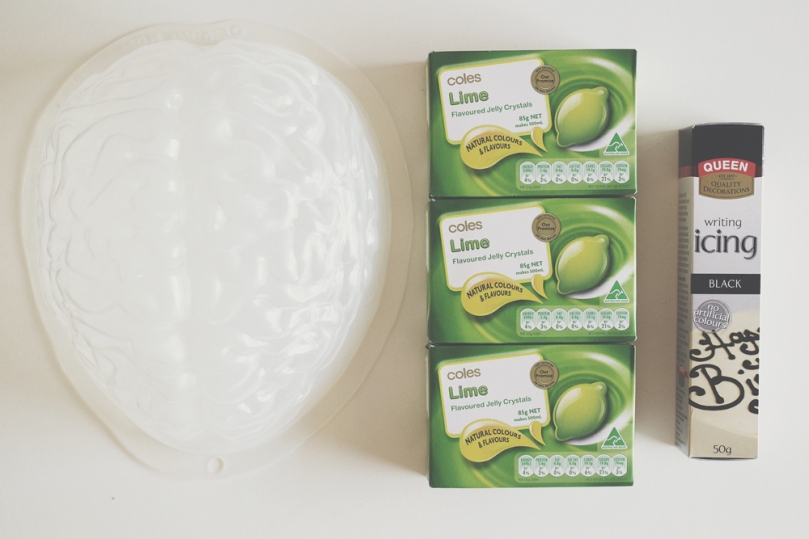 Don’t be afraid to mix up the colours a little bit. When I made them 2 years ago, I used red writing icing to outline the veins and a pineapple(?) flavoured jelly. I also did one part water to two parts evaporated milk to make it look like a real-ish human brain! Also, if you want to make it more for the adults, add tequila, vodka, or any other alcoholic beverage that you fancy.