Hello Everyone! I can’t believe that it’s already February, which means sad times ahead as I only have less than two week in this beautiful city I have been calling home for the past 4 years. I’m finding it difficult to wrap my head around the fact that once I leave, the possibility of coming back is unlikely. Yes I will be back for graduation, but after that it’s quite possible that it’s sayōnara for good.

So why am I starting off my blog post on this matter? Well it’s because leaving and knowing you won’t be back in a long time has me in this cleaning-up-the-pantry phase. I discovered that I have a tin of pearl barley in my pantry and so I wanted to make use of this. I came across a recipe on the Food Network for a Barley Greek Salad and decided to give this a try. I didn’t change much of the recipe besides the fact that I used balsamic vinegar instead of red wine vinegar only because I had about a quarter of a bottle left of balsamic. I didn’t want to buy a whole new bottle of red wine vinegar seeing as I didn’t have any (since my whole point is to clear the pantry)! I also decided to throw in some avocado chunks instead of cucumber because for those who know me, cucumber isn’t my thing. 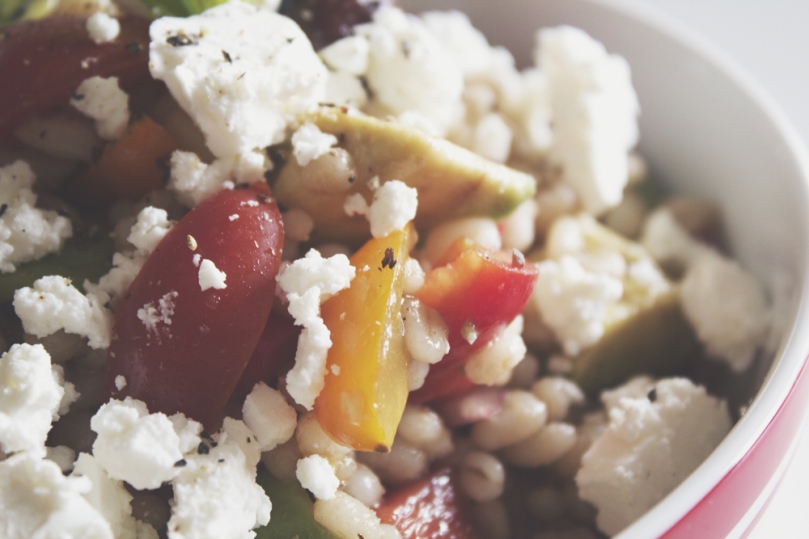 Easy, simple, and packed with lots of flavour. Good for a light and healthy (I presume) lunch or as a side to a classic Aussie summer BBQ. The flavours worked really well together; you’ve got the saltiness from the olives, counterbalanced with the acidity of the balsamic vinegar. You’ve got the freshness of the added vegetables as well as the crunch from the diced capsicum, chewiness from the pearl barley, and creaminess of the avocado. Like fireworks in your mouth I tell you; an absolute burst of flavours to the palette! 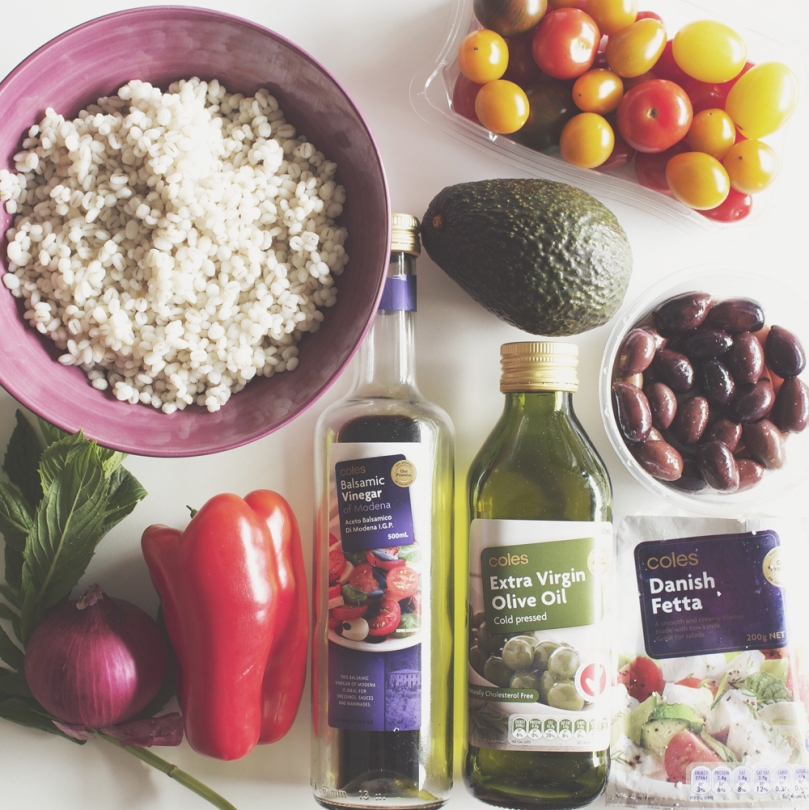 *Optional: when straining the barley, reserve the water for drinking. There are numerous health benefits associated to drinking barley water such as lowering cholesterol levels in the body because of its high fibre content. Barley water also helps reduce the risk of developing type-2 diabetes. It is a good source of magnesium, which reacts with various enzymes involving glucose levels in the body. To find out more about the health benefits of barley water, check out the Diet Health Club. 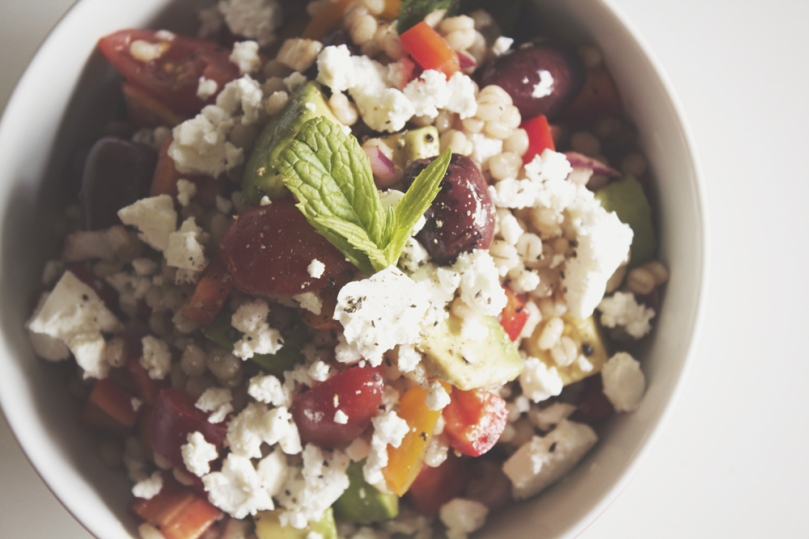