Hello Everyone! Today is the last day for Winter Warmer Month *sad face* and I’ve got something that the men may like: Bacon, Beer, and ‘Tater Soup (aka “Man Soup”). Towards the end of June, when I was planning Winter Warmer Month, I came across this recipe in my research and decided to give it a go for one reason, and one reason only – it was just because it was called Man Soup, which I’m guessing comes from the bacon and beer. 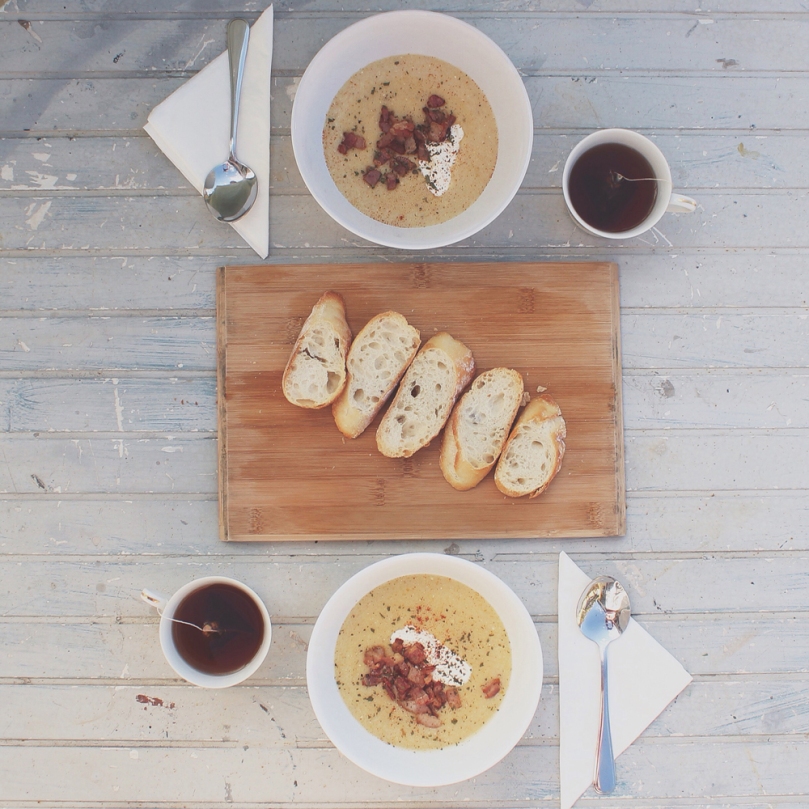 If you are, or have been following my Instagram through my blog, you may have noticed that I have been posting a few photographs that show somewhat symmetry (asymmetry) breakfast/brunch/lunch/super late lunch photographs that have been inspired by the symmetrybreakfast guys that have been trending last weekend. I showed them to Jialing and we then decided to have our own symmetry breakfast this past week and it’s actually quite fun! Today, as you can see above, we had bacon, beer, and potato soup, well, we were supposed to have a different brekky this morning but since I was already preparing this for the blog, we decided to have soup instead.

The original recipe can be found on Food.com – I pretty much followed the recipe, but adjusted the quantities, probably not very accurately since I kind of just winged it to make two servings. 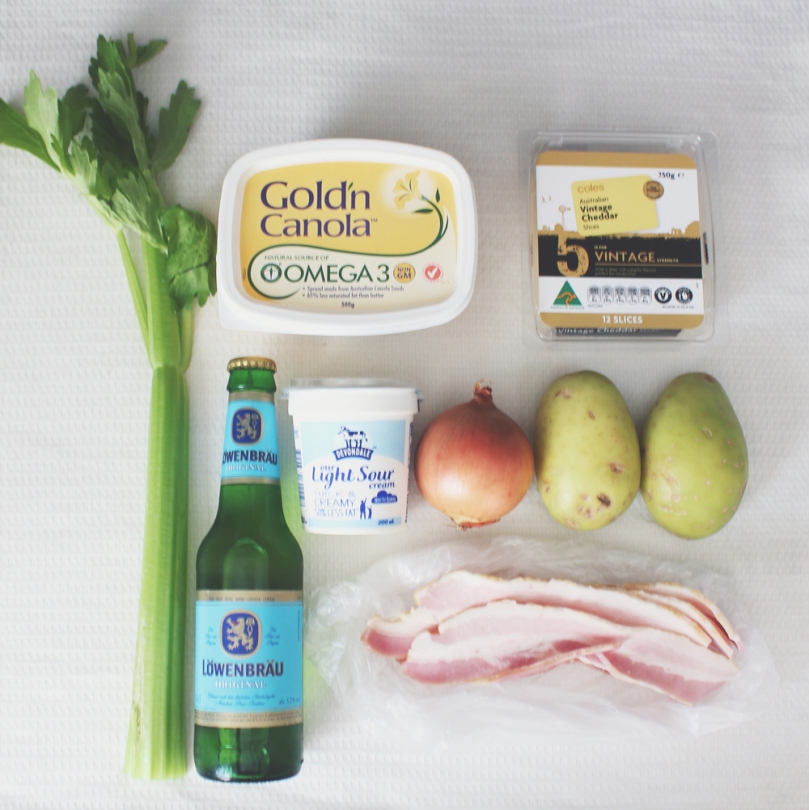 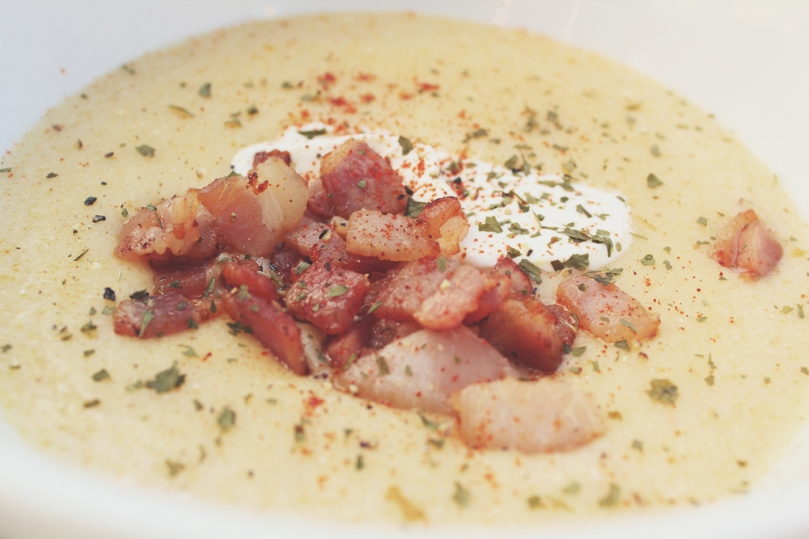