Hello Everyone! Before I begin, I would like to check in with everyone and see if you all were able to guess the theme for this month. I’m pretty sure that by this post, you’ll have an idea of a recurring theme, but nevertheless, I will share it with you guys right here, right now! Drumroll please!

BALL BALLS! Yes, you read that right, ball balls, and here is a little back story to the name – so there was one day, back when I was still living in Australia for my university studies, my then roommate and I were talking about Christmas I guess, well I actually don’t remember the root of our conversation but it was more like I misunderstood, or I didn’t quite hear the pronunciation of the word “baubles” when my roommate had said it. At that time, I assumed that she said “ball balls” and that, that was what those round Christmas ornaments were called. Fast forward to another time, I was correct by someone (sorry I can’t remember who) that it was actually baubles and not ball balls. I was so disappointed at the time because I thought ball balls was such an epic name to call these Christmas ornament. Just recently, and when I say recently I mean like about a year ago or so, Jialing shared with me a folder name in their office server and it was titled BALL BALLS, to which I replied to her “SEE I TOLD YOU THEY ARE CALLED BALL BALLS!” I was just overly excited at the fact that I wasn’t the only dumb one to call them ball balls. 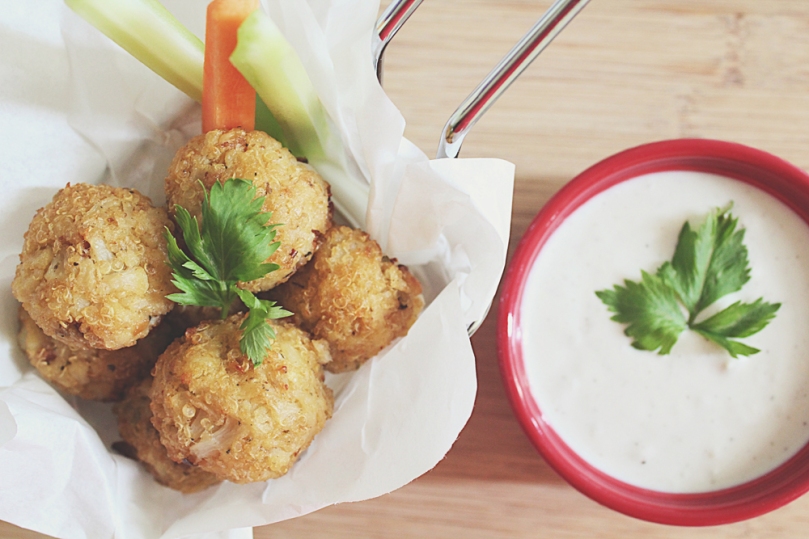 Jialing has been quite helpful this year in a way that she has helped me with some blog themes for this year. At first, she asked me what the theme of my blog would be for the month of December, and we both came up with the idea of doing ball-shaped food as we recalled our “ball balls” story. So, as I do not have a backstory for this particular recipe since I just came across it while browsing through Pinterest, I will just get right in to the recipe. Before you do, check out the original recipe by Erin over on The Almond Eater.

“Add a spicy kick to meatless meatballs with these vegan Buffalo Cauliflower Quinoa Meatballs. With simple ingredients, like cauliflower, quinoa, garlic, and breadcrumbs, they’re sure to be a hit for the whole family!” — Erin, The Almond Eater. 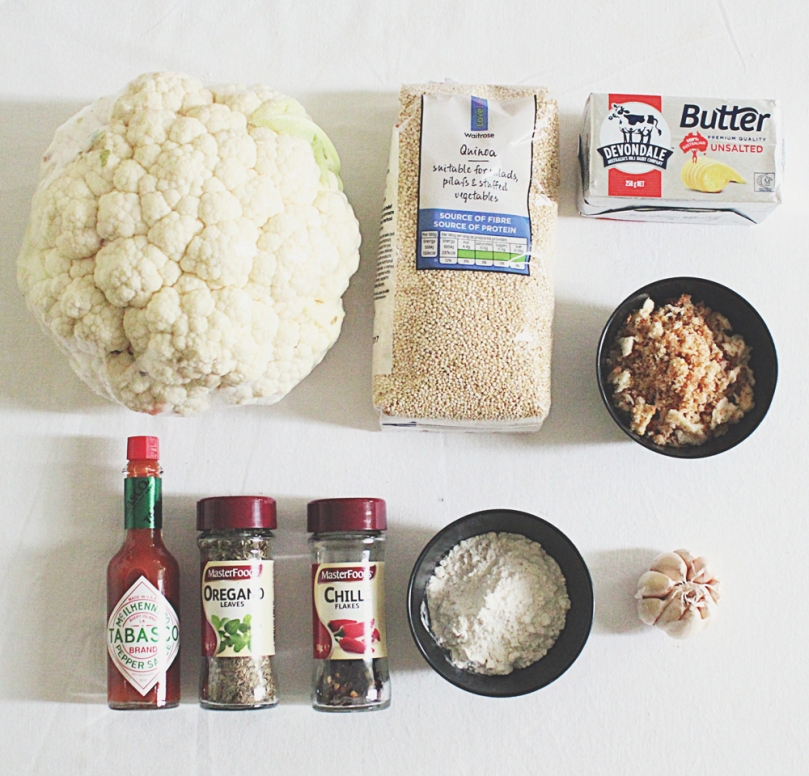 For the cauliflower quinoa ‘meatballs’

For the buffalo sauce

For the blue cheese-yoghurt dip 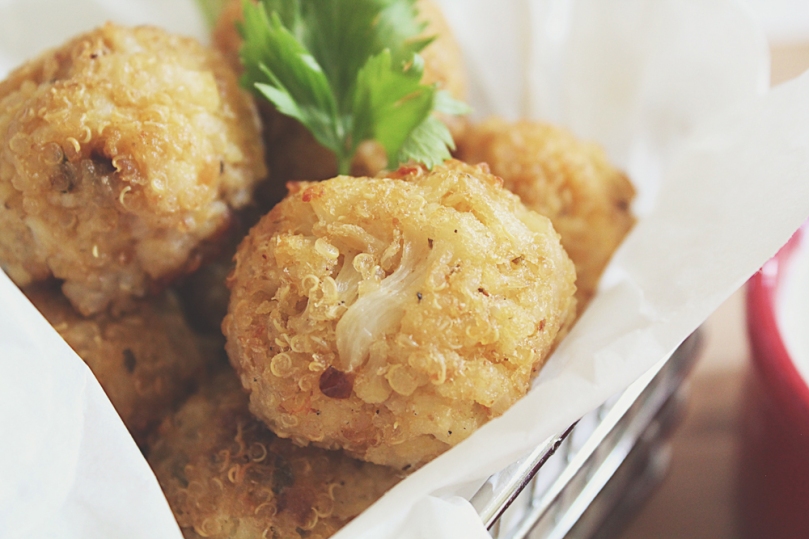