Hello Everyone! Back with another recipe for you! I know right? It’s a weekday and she’s actually uploading a post? If you read yesterday’s post, I mentioned that I had a baking session with my good friend/lover Jialing. What happened was that she was feeling bait down that she couldn’t do the internship that she really wanted due to requirement issues with our University – and so she contacted me and basically wanted to bake a chocolate lava cake to drown her sorrows in. So, we decided to do that! I suggested that we make a red velvet lava cake – drooled instantly as I made that suggestion. So Sunday we met up at the grocers and bought our ingredients for it. While shopping, Jialing decided that she wanted to make a dark chocolate lava cake, and bought ingredients for those too. Lava cake bake-off! 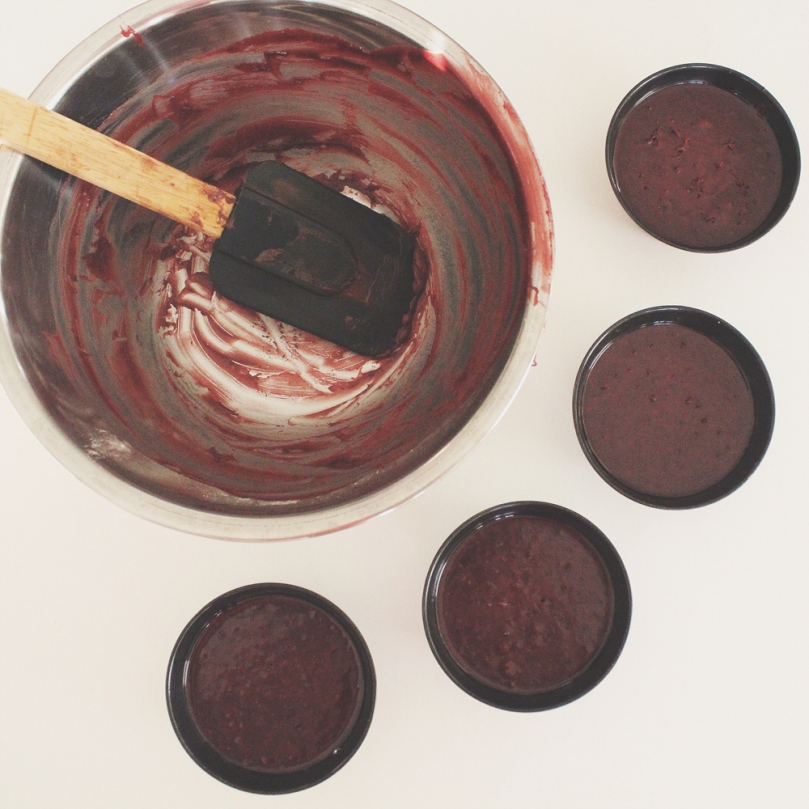 This was my first time trying out this recipe and I don’t particularly like making lava cakes because I always end under either undercooking it, or overcooking it until it’s rock solid and dry. Jialing’s dark chocolate lava cakes were slightly overdone and not very molten, while mine on the other hand were slightly undercooked – the sides were perfect, but the tops (as in when you invert them) weren’t cooked at all, even when they were in the oven for the maximum amount of time they should be in. Nonetheless taste and texture were spot on – and in my opinion made the presentation of the dish more dynamic! Please check out the original recipe on The Dinner Pages. I SO wanted to make the cream cheese ice cream, but I didn’t have an ice cream maker so I mean, store bought Cadbury vanilla ice cream did wonders as well anyway! 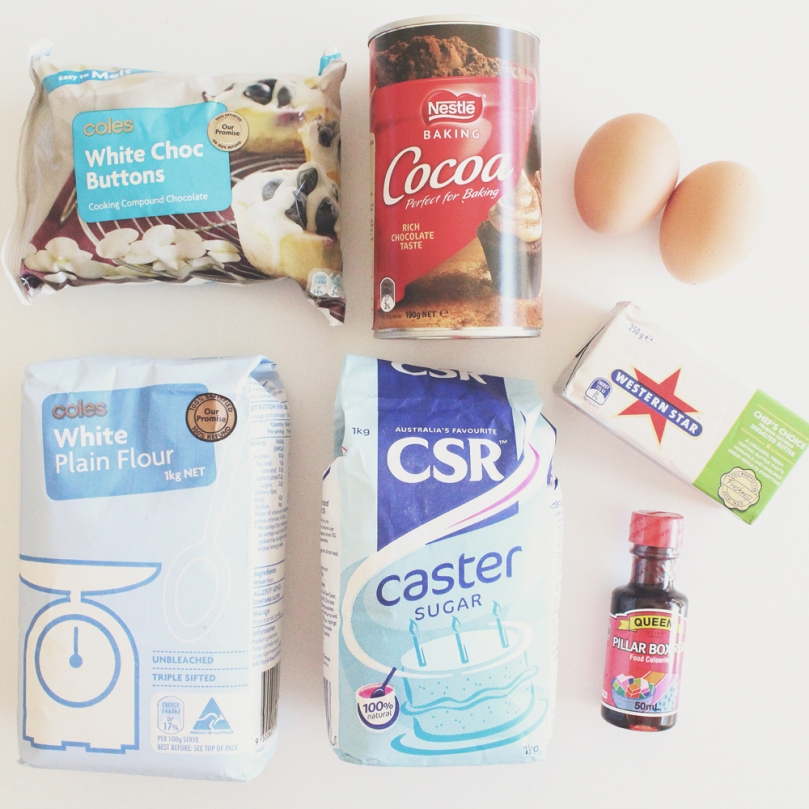 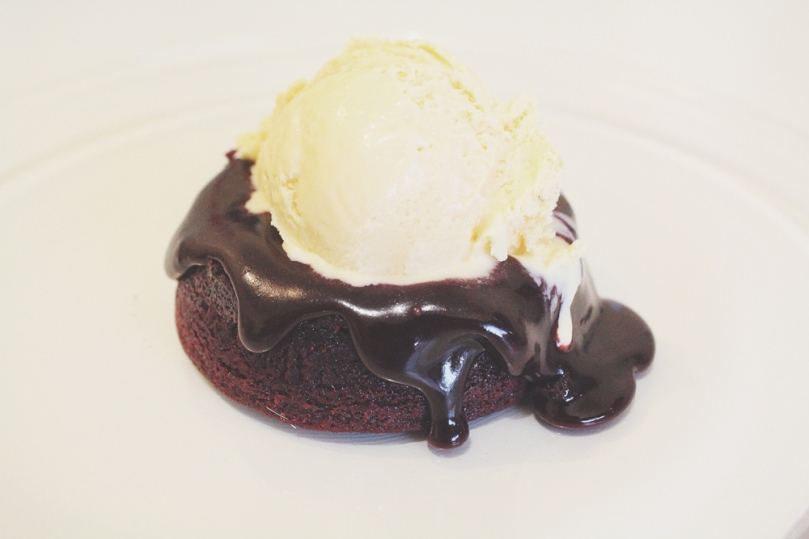 I mean, look at that gloss on the lava! So much loves!